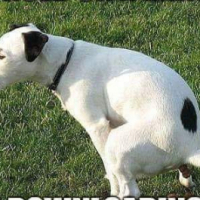 PokerOverLord
November 15 edited November 15 in General Poker Chat
THIS QUESTION WAS SENT TO ME RECENTLY:
"Have had some questions asked about your games being legal, especially since you are posting them here in public. Perhaps it would be a good idea to post that there is no rake taken and all funds are returned to players, similar to the home games posted on here. Issue may be with the " house" selling food/liquor. I personally have absolutely no issue, just want to protect you."

I having been at the Cave Sports Bar for 11 years. I did have the liquor inspector and police showing up there. I took no rake. I broke down entry fee eg. Cost is $50 , $40 to pot ,$5 to bounty and $5 to a Prize Pool Game(free roll) after 10 to 12 weeks of play. Players who qualify top 30 and winner of the week. Chips for PPG was based on finishing of standings. I did this to create a competition.

As far as house selling food/liquor, those who came to the Cave know that no alcohol was allowed upstairs. The same goes for my new venue, The Red Papya. For me I prefer a hall or side room, just feel safer and does not bother my neighbours.
As far as the liquor inspector and police showing up, I was lucky that the owners of the Cave took the harassment, what we were doing is legal. This does not mean that an overzealous liquor inspector and police will not raid, then try to figure this out later. Most likely this happens when someone files a complaint. I ran charity poker games and 5 times the police politely warned not to proceed. Police told me that someone filed a complaint(charity poker games are illegal). If anyone has any questions feel free to ask.