MrCaspan Admin
December 2020 edited December 2020 in Online Poker
It was only a $5 tournament nothing special and was basically me just trying to hold on and no super special hands but curious my last 2 hands if anyone has any opinions on them.. Once you get to 20BB it's almost a crap shoot. Curious if I should have waited for better cards and a better spot. Like why did I play 4.5 hours to play hands like K5s. Getting to final table in a field of 300 is just a good feeling as well dodging landmines of really green players doing plays that just leave you scratching your head. I'm still finding it hard playing players like this, it's basically tighten up and then drop the hammer with the nuts is the only play against them.. Anyways here is the stream! 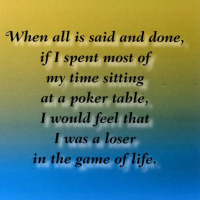